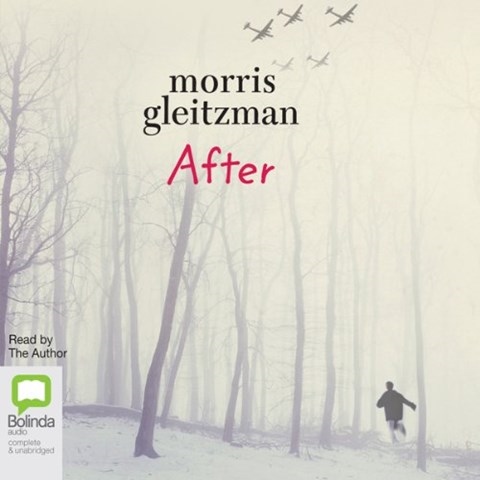 Morris Gleitzman's fourth story about Felix follows the now 13-year-old Jewish boy during the final months of WWII. As narrator, Gleitzman's voice is often a hoarse whisper, a characteristic that befits the voice of an adolescent who has spent the past several years in hiding. Gleitzman's timing is excellent. His pace quickens right along with Felix's pulse as the Nazis close in, and it slows and breaks as Felix experiences heartbreak and loss. Gleitzman's tone combines the maturity of a boy who is forced to grow up too fast with just the right amount of innocence, effectively reminding listeners that Felix is still a child. This is a memorable story about all that is still lost even after a war has been won. M.D. © AudioFile 2012, Portland, Maine [Published: SEPTEMBER 2012]