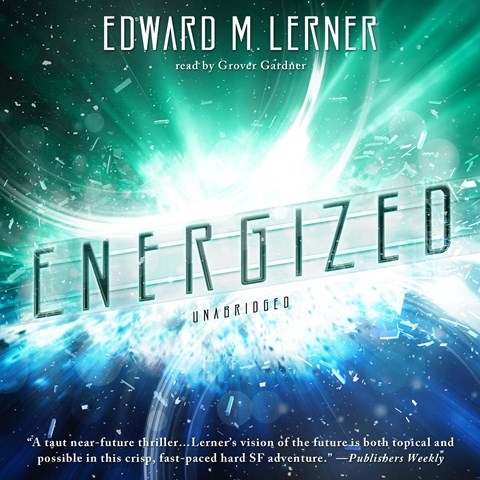 Lerner's latest novel is a near-future saga much like Ben Bova's classic Grand Tour series. A disaster has rendered most petroleum deposits unusable; an asteroid, pulled into earth's orbit, offers a platform with which to collect and beam solar energy to the earth's surface. Various factions try to help, hinder, or simply destroy the project. Seasoned narrator Grover Gardner keeps his reading steady, occasionally employing a light accent for certain characters. His clear enunciation is not quite breathless but still gives an impression of speed. This helps with the sometimes overly technical exposition but also makes it easy to forget who is talking. However, the dialogue is secondary to the exposition, and Gardner keeps the story moving. A.Z.W. © AudioFile 2012, Portland, Maine [Published: OCTOBER 2012]