Home»Reviews»JEPP, WHO DEFIED THE STARS 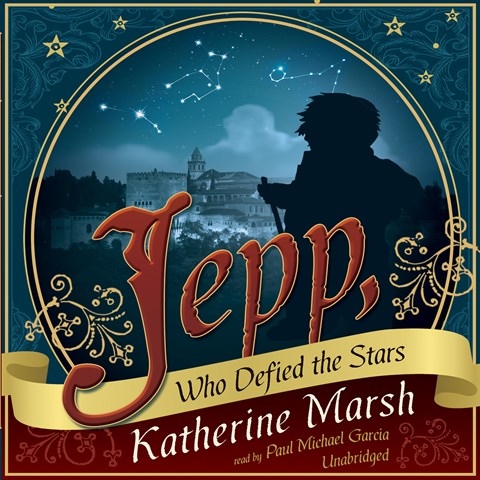 JEPP, WHO DEFIED THE STARS

Jepp, a dwarf, was taken from his home in Astraveld and brought to Coudenberg Palace, where he became an amusement for the Spanish Infanta. Is this humiliating fate written in the stars, or can he shape his own destiny? Set in the late sixteenth century, the story brings to life the dawn of the age of scientific thought and exploration. Paul Michael Garcia is superb as he uses subtle touches to give each character a unique flavor. His voice for the well-known astronomer Tycho Brahe is especially skillful. Katherine Marsh has written a fascinating story, and Garcia’s performance is icing on the cake. One wishes the print version’s Author’s Note, which provides historical context, and a conversation with the author had been included in the audio. N.E.M. Winner of AudioFile Earphones Award © AudioFile 2012, Portland, Maine [Published: NOVEMBER 2012]