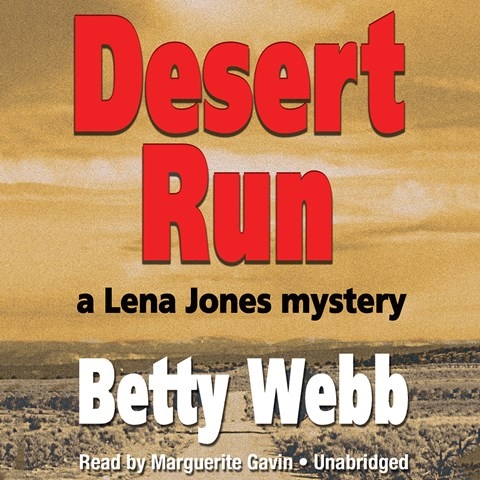 Picture your classic private investigator, tough, dogged and clever; then imagine that detective as a gorgeous blonde working not in dark city streets but in the sunny desert around Scottsville, Arizona. Private eye Lena Jones is brought to life by Marguerite Gavin, who sounds appropriately savvy and confident telling her story in a strong no-nonsense voice. In this fourth desert mystery, Lena is overseeing security for a studio making a documentary about escaped German prisoners. Lena solves the murders of the forties and also recent crimes tied to this blood-soaked past. Besides her portrayal of the scrappy sleuth, Gavin’s depictions of other characters, especially Nazi captain Erik Ernst, are outstanding. This mystery is both well plotted and well read. D.L.G. © AudioFile 2012, Portland, Maine [Published: SEPTEMBER 2012]