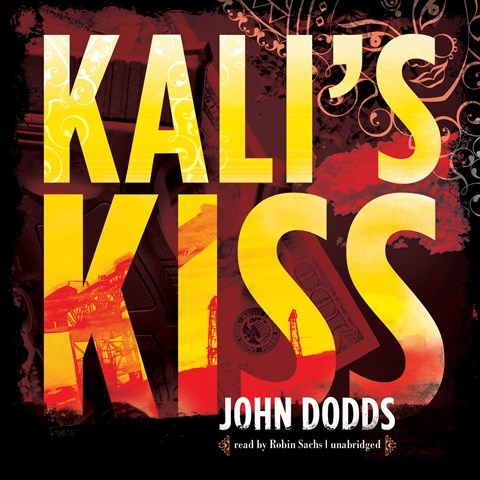 After discovering the mutilated body of a young Indian woman, DI Tom Kendrick of the Glasgow police suspects the girl was the victim of ritual murder. Kendrick enlists the aid of forensic anthropologist Elizabeth Bell, who supports his theory with facts about the Indian community and the cult of Kali, goddess of destruction. Robin Sachs makes the narration seem effortless as he navigates Glasgow’s multicultural neighborhoods. He brings a gravelly appeal to Kendrick, and as more killings occur, Sachs delivers scenes of the unimaginable brutality experienced by illegal immigrants tricked into slavery. Sachs offers a credible variety of Scots burrs, lilting Asian accents, and well-drawn personalities as Kendrick and Bell uncover shocking truths about drug and human trafficking and the cultural exploitation of women. S.J.H. © AudioFile 2012, Portland, Maine [Published: NOVEMBER 2012]