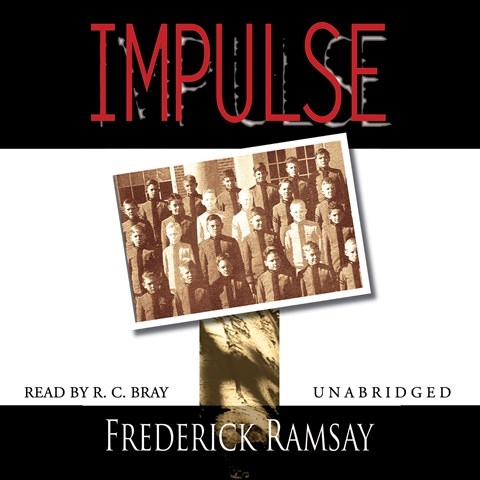 Mystery writer Meredith Smith gets more than he bargains for on a trip from his Arizona home to a school reunion in Baltimore. The 60-something Smith has to deal with past demons and present-day challenges. Narrator R.C. Bray gives equal attention to major and minor characters. He especially shines with the protagonist, who receives a kind, slightly scratchy voice. Ramsay’s well-paced story treats senior citizens with dignity, and Bray pays attention to every detail along Smith’s journey. As Smith tries to crack a case involving missing boys, Bray never misses a step in his array of voices—from that of a drunken, burned-out college alum to Smith’s angry daughter. M.B. © AudioFile 2013, Portland, Maine [Published: JANUARY 2013]