Home»Reviews»THE WRONG HILL TO DIE ON 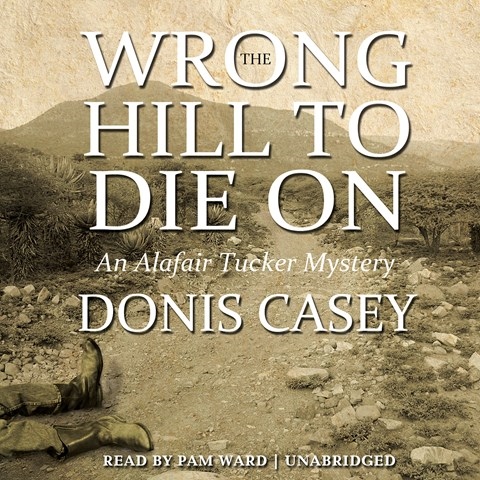 THE WRONG HILL TO DIE ON Alafair Tucker Mystery, Book 6

In the early twentieth century, Arizona was no longer the Wild West, but it was still plagued with vigilante violence, along with developing racial tensions. When Alafair Tucker travels from Oklahoma to visit relatives in Tempe, she’s distressed to discover the dead body of a Mexican musician in her sister’s front yard. As portrayed by Pam Ward, Alafair may be a proper lady and protective mother, but her inquisitive intelligence is quite useful in solving mysteries. Ward’s warm and affable voice is well suited to this light whodunit. She delivers restrained accents for most of the Latino characters and a barely perceptible twang to reveal Alafair’s Oklahoma roots. Color and dubious characters are added when Hollywood actors arrive to make a Western movie. N.M.C. © AudioFile 2013, Portland, Maine [Published: FEBRUARY 2013]