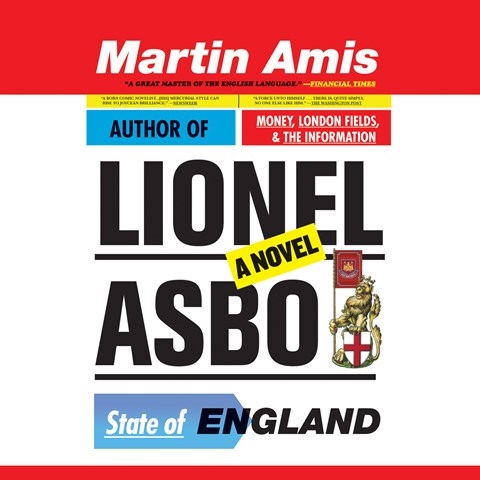 LIONEL ASBO The State of England

Although Lionel Asbo (who changed his name to match his recurring “Anti-Social Behavior Orders”) is a dominant figure in this novel, it is really the story of his nephew, Desmond Pepperdine. Des has to deal with his uncle, a small-time criminal, two pit bulls, and even his uncle's sudden lottery winnings while trying not to follow the family traditions. Alex Jennings changes accents more than voices, but the listener is never in doubt about who is speaking or what class he or she comes from. In fact, the reading is better than the book, which steamrolls along until it suddenly runs out of steam. Until then, though, Jennings's portrayals of Lionel and his circle are tremendous fun. D.M.H. © AudioFile 2012, Portland, Maine [Published: SEPTEMBER 2012]