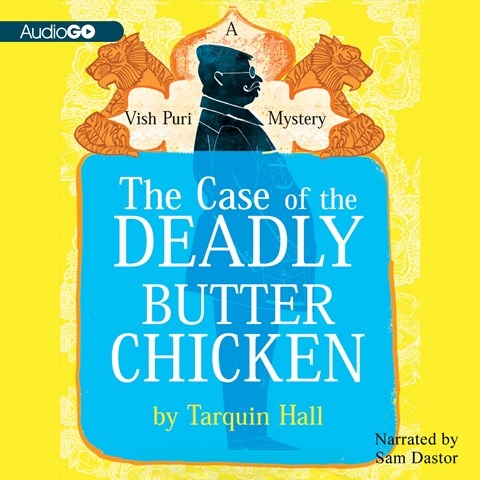 THE CASE OF THE DEADLY BUTTER CHICKEN A Vish Puri Mystery

If you’re a sucker for subcontinent accents, and which of us is not, you will adore this goofy but artful detective story in which Delhi’s Most Private Investigator Vish Puri takes on overlapping cases, one involving a poisoning and the other the theft of prize-winning mustaches. It wouldn’t be so much fun if Tarquin Hall hadn’t folded in a good deal of fascinating sociology about Indian family structure, scars left from the 1947 India-Pakistan partition, and the national cricket mania, but he has, with wit and skill. You’ll revel in the exotic flavors and scenes Sam Dastor makes vivid, but his extraordinary character voicings take the prize. He can even do the twang of an Indian who has lived too long in America. Really delightful. B.G. © AudioFile 2012, Portland, Maine [Published: OCTOBER 2012]