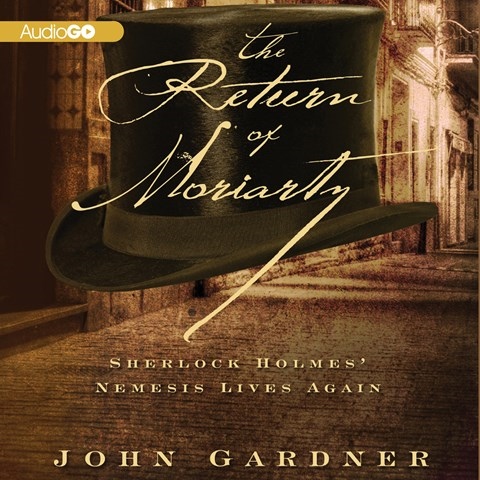 Sherlock Holmes’s arch nemesis takes center stage in John Gardner’s re-visioning of the Holmes myth from the perspective of criminal mastermind James Moriarty. Robin Sachs’s steady narration deftly guides the listener through the underworld of Victorian London. Moriarty’s plotting, scheming, and grandiose crimes take center stage, where previously, in the Conan Doyle stories, we saw these only through Holmes’s detection of the clues left behind. Sachs’s staid presentation is suited to the period of the novel, and his portrayal of the London criminal class is subtle where it could have easily been hackneyed. In addition to Moriarty’s background story, we learn about a few of his cohorts, who are given far more character depth than in original Holmes stories, and Sachs’s reading gives them even further dimension. F.T. © AudioFile 2012, Portland, Maine [Published: AUGUST 2012]