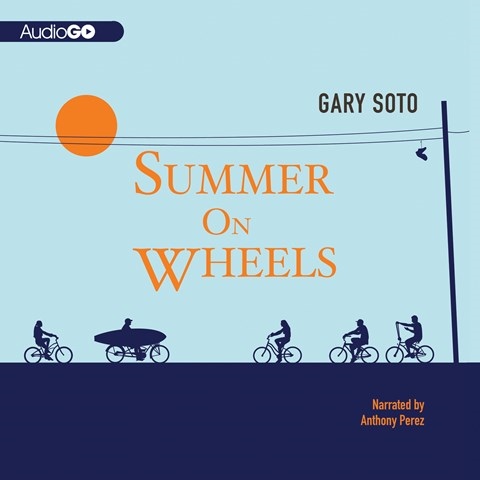 With summer vacation on the horizon, middle schoolers Hector and Mando plan a bicycling trip around greater Los Angeles to visit various relatives. Adventures abound during their trip, and the boys return home with expanded horizons. Just as Soto is a master at portraying the ordinary in Hispanic family and neighborhood, Anthony Perez is masterful at voicing these two best friends. His narration is smooth and steady—moving from nerdy cousin to a paintball extravaganza and an unfamiliar barrio, always keeping the listener engaged. Perez’s boyish voice lends credibility to the give-and-take between the two characters. Further, he spices the conversation with natural-sounding Spanish words and phrases. A.R. © AudioFile 2012, Portland, Maine [Published: SEPTEMBER 2012]