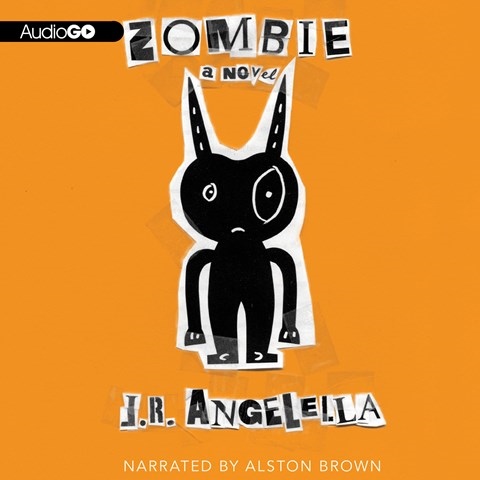 In this stunning debut novel, high school freshman Jeremy Barker uses his vast knowledge of zombie films to deal with the usual minefields of adolescence: unattainable girls, demanding teachers, and mean-spirited jocks. Add in a pill-addicted mother and a father who disappears at night, returning each morning reeking of chemicals, and his life is anything but typical. Initially, Alston Brown's voice sounds too mature for the 14-year-old narrator, but gradually it seems fitting as he manages to capture both Jeremy's confidence and uncertainty. However, Brown's tone doesn't alter much from character to character. Further, as this daring coming-of-age novel reaches its violent climax, Brown's pace struggles to keep up. It’s worth noting that this production features mature themes and considerable profanity. M.D. © AudioFile 2012, Portland, Maine [Published: SEPTEMBER 2012]