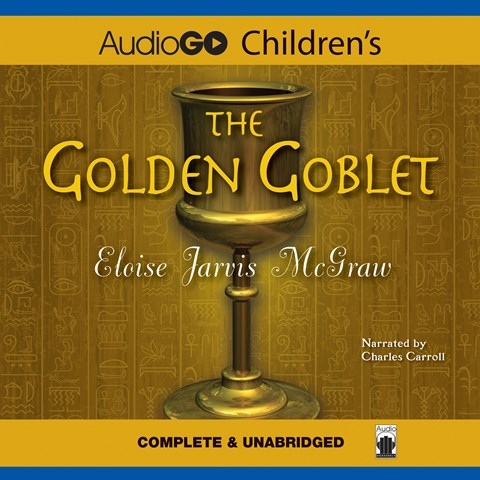 Orphaned and left in the care of his abusive half-brother, Ranofer desires nothing more than to become an expert goldsmith like his father, a dream that seems impossible until he discovers a golden goblet that may have the power to change his destiny. Charles Carroll's quick pace and clear, crisp tone add to the suspense of this ancient Egyptian mystery without sounding rushed or overly dramatic. While Carroll could have altered his voice even more to make each character sound more distinct, the subtlety of the differentiation certainly does not take away from the enjoyment of the production. This Newbery Honor winner is an engaging choice for young listeners, who will learn much about life in ancient Egypt, particularly the art of goldsmithing. M.D. © AudioFile 2013, Portland, Maine [Published: JANUARY 2013]