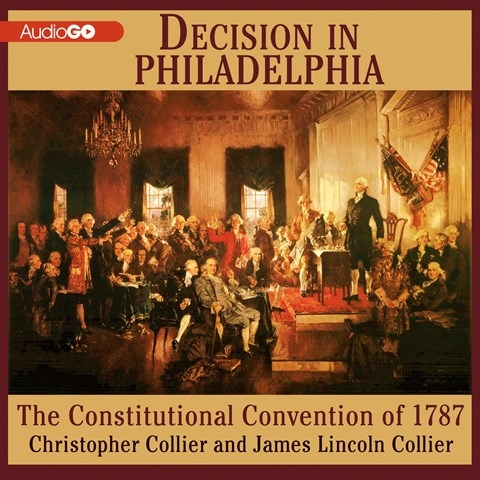 DECISION IN PHILADELPHIA The Constitutional Convention of 1787

First published to coincide with the bicentennial of the adoption of the United States Constitution in 1787, this is a well-written thematic introduction to that document. Bronson Pinchot's tenor voice is expressive, confident, and steady throughout. As a popular history, the text is somewhat conversational in its tone, and Pinchot's voice adroitly matches the text, making for an engaging performance. The authors' editorial comments present interesting background information on the writing of the document. However, the book gets bogged down in the issue of slavery. When discussing the context of the times, the authors have a modern sensibility. The entire Constitution and Amendments are presented as appendices, all of which Pinchot makes quite interesting to hear. M.T.F. © AudioFile 2012, Portland, Maine [Published: NOVEMBER 2012]