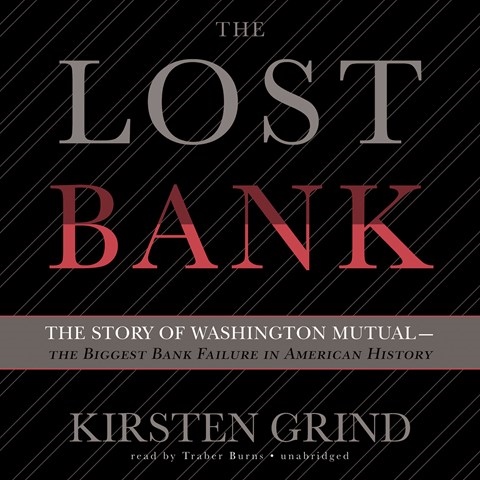 Grind offers an account of Washington Mutual (“WaMu”), the nation’s largest savings and loan, and how it was mismanaged in the first decade of the century as a result of the boom in subprime mortgages and then excluded from the charmed circle of financial institutions deemed worthy of saving in 2008. Traber Burns’s punchy, gruff delivery is well suited to this story of small-time (and not so small-time) bankers drawn to disaster by the siren song of easy profits. Burns’s pace is even and easy to follow. Like the author, Burns refrains from conveying scorn but leaves it to the listener to judge. As in other books on similar subjects, the depictions of the wild mortgage market and the collapse of 2008 are riveting. F.C. © AudioFile 2012, Portland, Maine [Published: AUGUST 2012]