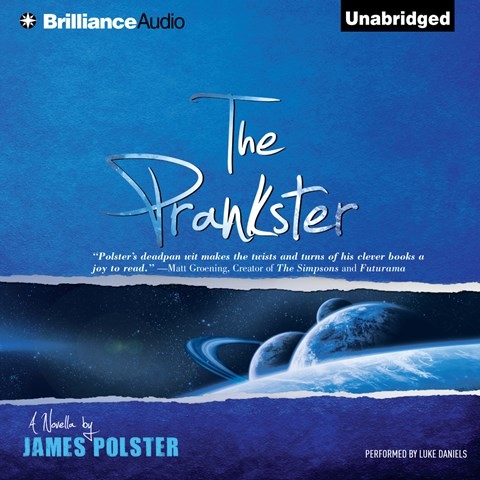 Narrator Luke Daniels displays a good range of character voices for this novella, in which the characters span time, genders, and species. Time-traveling TV host Pom Trager, an alien, has accidentally been stranded in the wrong place, Santa Fe. Now this trickster, who has been messing with Earthlings for centuries, must steer his way to the right place, California, in a few short days if he’s going to successfully return to his own world. Daniels works well with the novel’s humor. He can make the absolutely ridiculous sound perfectly normal, thereby adding to the story’s comedy. Furthermore, he delivers the production in a natural voice with good tone and emphasis. L.E. © AudioFile 2012, Portland, Maine [Published: AUGUST 2012]