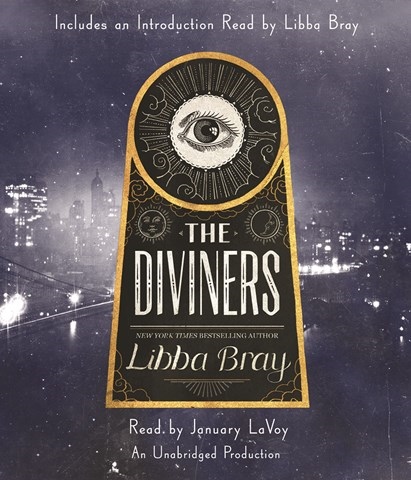 January LaVoy's voice talent comes roaring through in this fast-paced crime drama set in 1920s New York City. When Evie O'Neill leaves her small town for the bright lights of the big city, she unwittingly finds herself at the center of a gruesome murder investigation. LaVoy manages to bring not only the characters but the decade itself to life. Immigrant voices drip with Irish, Polish, and Russian accents, flappers exude sass with their sultry rasps, and the gravelly tones of preachers and musicians reverberate throughout Harlem. Her portrayal of the murderer is so macabre that it's best to listen with the lights on. This first novel from a trilogy answers enough questions to satisfy while asking enough to leave listeners clamoring for the next installment. M.D. Winner of AudioFile Earphones Award, 2013 Audies Finalist © AudioFile 2012, Portland, Maine [Published: SEPTEMBER 2012]