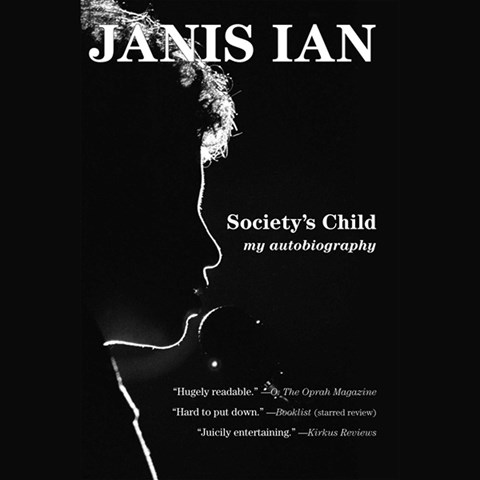 Grammy Award winner Janis Ian shares her journey as an American singer-songwriter who first entered the music scene in the mid-1960s. She’s most known for a controversial (at the time) hit single, “Society’s Child,” about an interracial romance. Her memoir provides an intimate and honest look at a woman who has been active in the music business for more than 40 years. Hearing Ian tell her story adds emotional depth and character to the journey she shares. She serenades the listener with her powerful lyrics at just the right moments, explaining her thought processes when she wrote them. She also vividly conveys her personal memories of noteworthy friends such as Jimi Hendrix and Janis Joplin. D.Z. 2013 Spoken Word Grammy Award Winner, 2013 Audies Winner © AudioFile 2012, Portland, Maine [Published: AUGUST 2012]