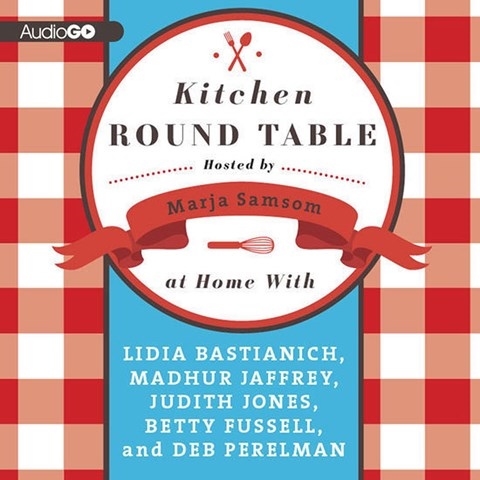 Those who love hearing about food will enjoy these candid conversations with some of the world's eminent chefs. Lydia Bastianich, Deb Perelman, Madhur Jaffrey, Judith Jones, and Betty Fussell speak about their culinary philosophies, first tastes, frugality, rituals, travel, flavors, family, adventurous concoctions, dreams, and memories. Ambient sounds abound, either from preparations in home kitchens or crowded, bustling restaurants. The production emphasizes the food-prep sounds by loudly assembling a recipe for Linzertorte between chapters, a device that comes off as an extraneous gimmick. Despite the ambient noise during the key interviews, each chef’s passion for food can be heard clearly—although Samson's queries are often less clear. Nonetheless, the listener is left hungry for more. A.W. © AudioFile 2012, Portland, Maine [Published: DECEMBER 2012]