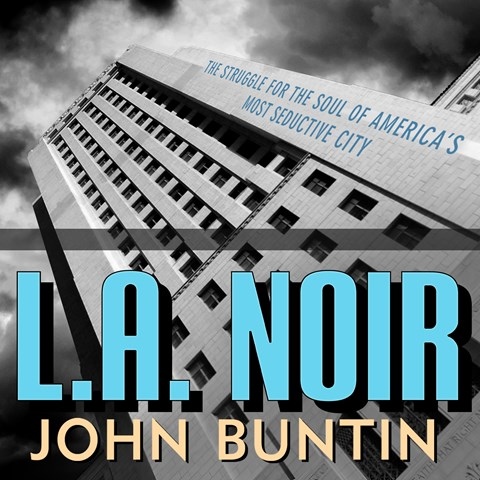 L.A. NOIR The Struggle for the Soul of America's Most Seductive City

This nonfiction work focuses on the decades-long duel between Police Chief William Parker, who refused to take bribes, and the brutal gangster Mickey Cohen for control of Los Angeles. It’s no wonder that this book has been made into a television series—it’s got more murders, bombings, and backstabbing than “The Sopranos” and more power plays, political bosses, and backroom dealing than “Boardwalk Empire.” And it’s all true! Kirby Heyborne narrates in a style reminiscent of Walter Winchell. (Considering the material, some listeners may long for a more whisky-laced baritone to bring out the noir.) If you liked CHINATOWN, L.A. CONFIDENTIAL, or THE BLACK DAHLIA, you’ll get a big kick out of this historical crime story. R.W.S. 2013 Audies Finalist © AudioFile 2012, Portland, Maine [Published: SEPTEMBER 2012]