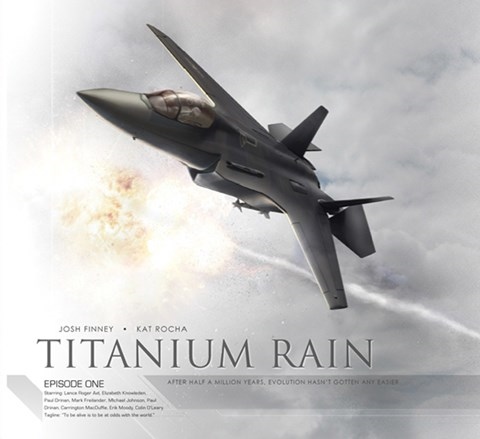 by Josh Finney | Read by a Full Cast

This full-cast, impressively produced drama takes you right into the action of a Third World War and its battle zones in China. A revolt against the Chinese government has triggered a full-scale conflict involving the U.S. You’ll be skillfully sucked into the story, suddenly finding yourself in the cockpit, fighting for your life. Yet this is more than action entertainment—the convincing backstory is cleverly exposed through news reports and dialogue. In the present, scenes switch from dogfights in the sky to battle on the ground to tense dialogue without ever confusing the listener. Put on your earphones and fly! H.O.K. 2013 Audies Finalist, Winner of AudioFile Earphones Award © AudioFile 2013, Portland, Maine [Published: MARCH 2013]