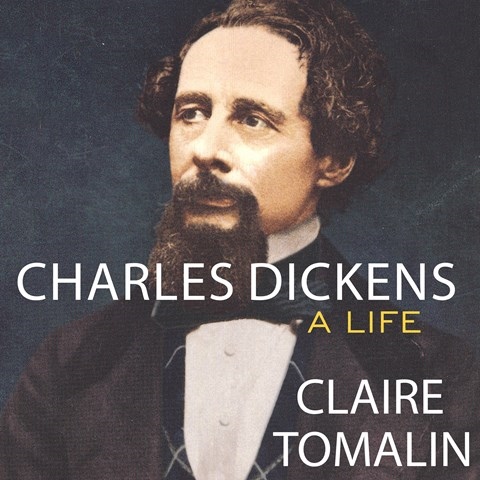 A biography of a major literary figure stuffed full of literary excerpts could have proved a daunting audiobook. However, Claire Tomalin’s clear and brutally honest portrayal combined with Alex Jennings’s smooth voice and intelligent, engaging style results in a superb listening experience. Charles Dickens was a complicated man. He had an astonishing work ethic, helped poor friends and children, set up a home for prostitutes, and skewered the grasping and dishonest. Yet he was also a terrible husband and father, wished his brother were dead, and really couldn’t write female characters. Jennings is a master at distinguishing the narrative of Dickens’s life story from the primary sources of letters, speeches, and novels by softening his voice subtly but clearly. Jennings also produces credible American accents for Dickens’s trips to the U.S. in this outstanding performance. A.B. Winner of AudioFile Earphones Award © AudioFile 2012, Portland, Maine [Published: SEPTEMBER 2012]