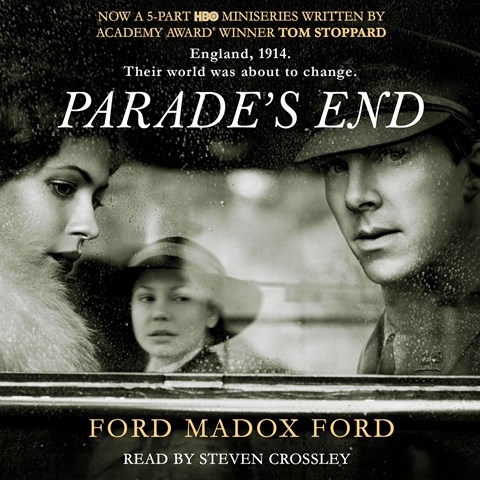 Ford’s four connected works, a neglected and sometimes problematic classic, track the blighted life of brilliant, aristocratic, and tremendously “old school” Christopher Tietjens before, during, and after WWI. Steven Crossley’s British-accented voice is rich and endlessly listenable. He keeps characters’ voices distinct and provides an array of accents differing by class and region. Rather than just reading, he performs a single-handed drama. His excellent pacing, subtle variation of intonation patterns, and sensitivity to the text seem natural and effortless. He enlivens the novels’ long interior monologues with variations of tone and emphasis that also interpret the characters’ thoughts and feelings, rendering them more vivid and comprehensible than most readers could on their own. Listening to Crossley read PARADE’S END is, in many ways, better than reading it oneself. W.M. © AudioFile 2012, Portland, Maine [Published: NOVEMBER 2012]