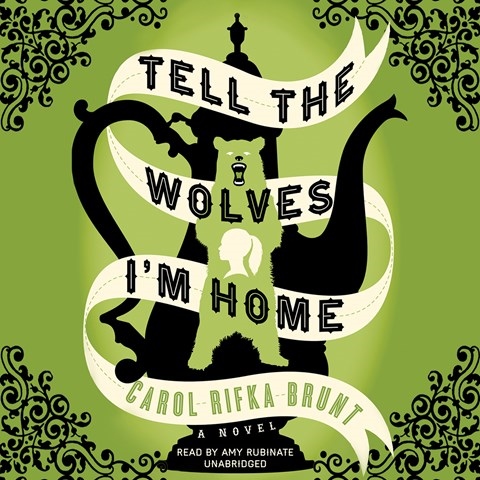 Amy Rubinate’s subdued performance keeps the focus on Brunt’s nuanced prose in this story about June, a teenager who is grief stricken in the mid-1980s after her uncle, an artist, dies of AIDS. Rubinate captures June’s hesitation and confusion when she’s contacted by Toby, her uncle’s life partner—a man she hadn’t known existed. As she gets to know Toby, she begins to see herself and her family in an entirely new light. Rubinate conveys emotion without overacting and uses light touches to distinguish between characters, for example, giving Toby a mild British accent and June’s sister a crisp voice. An honest and powerful coming-of-age story. A.F. © AudioFile 2012, Portland, Maine [Published: SEPTEMBER 2012]