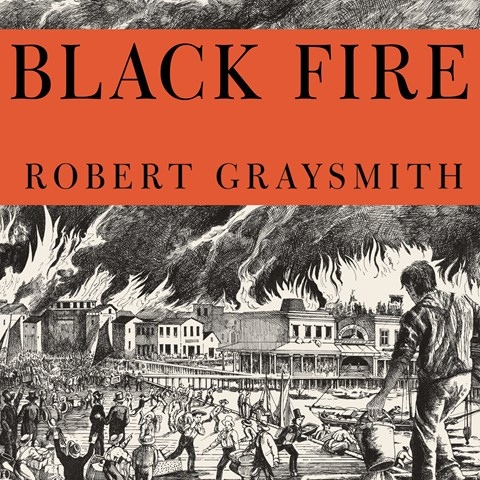 There really was a Tom Sawyer? Yes—and the beginning and end of this book recount who he was and how Mark Twain befriended him. The middle, longest, part of the volume covers San Francisco’s Gold Rush-era fires and the men who started and fought them. However, the two parts connect by only a thread, and Robert Graysmith’s narration of his own work suffers from a similar chasm between his skill as an author and his skill as an oral storyteller. Graysmith’s peculiar phrasing and blatant mispronunciation of many common and proper nouns confound any attempt to make sense of the story. Perhaps this book is better in print. R.L.L. © AudioFile 2012, Portland, Maine [Published: DECEMBER 2012]