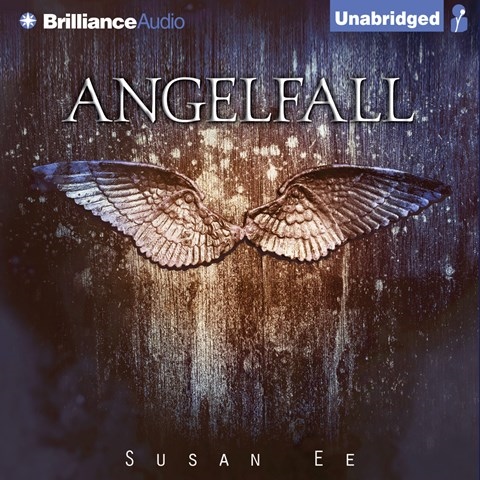 Humanity has killed the archangel Gabriel, an act that leads to war. Penryn, her sister, Paige, and their paranoid-schizophrenic mother stumble across a group of angels who are fighting with each other. Paige is kidnapped, and Penryn saves the angel Raffe, who has had his wings cut off. They set out to find Paige and to see if Raffe can be healed. Caitlin Davies narrates with the energetic growl of a confident young woman who is fighting for her family. Her portrayal of the girls’ mentally ill mother is striking, full of strident tones and almost crackling with distress. Although Davies’s male voices are never quite believable, she more than makes up for this by handling all the fast-paced action sequences easily and keeping the drama of this supernatural romance in check. G.D. © AudioFile 2012, Portland, Maine [Published: NOVEMBER 2012]