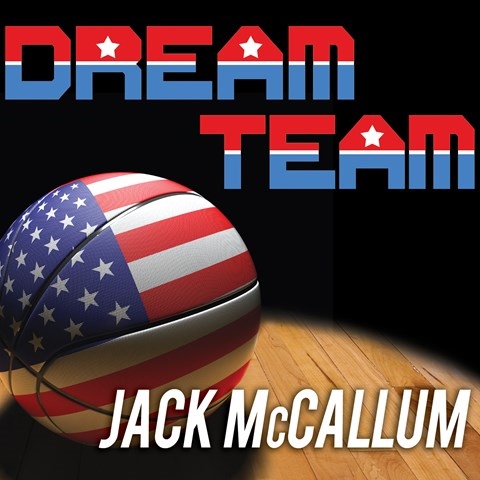 DREAM TEAM How Michael, Magic, Larry, Charles, and the Greatest Team of All Time Conquered the World and Changed the Game of Basketball Forever

The term "dream team'"has become synonymous with any U.S. Olympic basketball squad. But it was the first one, in 1992, that merited the name. What it took for the greatest players to come together is an amazing story of world-class athletes willing to shelve egos and share leadership roles in representing the United States in Barcelona. Longtime basketball writer Jack McCallum was there every step of the way and is the perfect person to write this. Skilled narrator Dick Hill seems a bit out of place with this text. Except for appropriate incredulous tones, Hill's voice is the same for all the players, which doesn't seem right when talking about colorful characters like Magic Johnson and Charles Barkley. Regardless, the story of this once-in-a lifetime team is worth hearing. M.B. © AudioFile 2012, Portland, Maine [Published: NOVEMBER 2012]