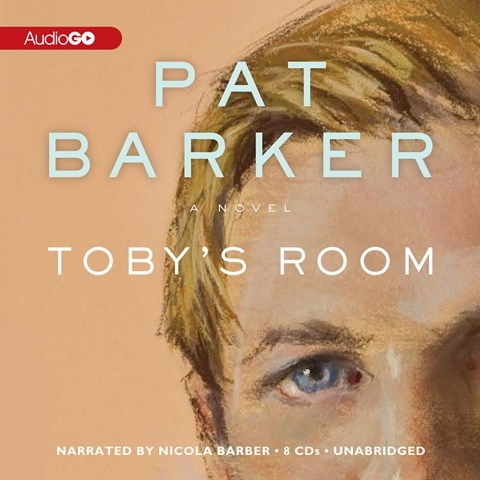 Elinor Brooke and her brother Toby have a close, if occasionally fractious, relationship. When Toby leaves to fight the Germans in the Great War, Elinor doesn’t know what to do with herself, particularly after she develops a premonition that he will not return home. In this novel, Pat Barker writes about love, loss, and survival, themes that are supported well by Nicola Barber’s able narration. Barber imbues Elinor with a spirit of humanity that makes her easier to empathize with, particularly in her grief. The other characters are a bit less emotionally rounded, but the vocal differentiation is excellent, particularly the—at times, uncomfortable—voicing of the young man who lost his nose in the war. J.L.K. © AudioFile 2012, Portland, Maine [Published: OCTOBER 2012]