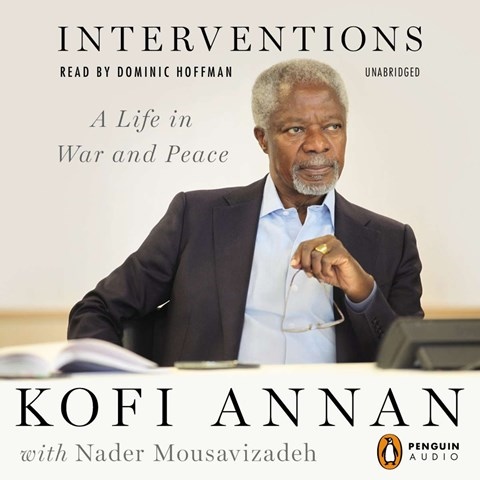 INTERVENTIONS A Life in War and Peace

by Kofi Annan with Nader Mousavizadeh | Read by Dominic Hoffman

Dominic Hoffman’s warm, deep voice does much to salvage this formulaic memoir from the former secretary-general of the United Nations. Kofi Annan is an extraordinary man, and his tenure as SG between 1997 and 2006 placed him in the middle of many crises. He became the liaison between the world’s only superpower, the United States, and everyone else. This book is organized around the crises of Annan’s tenure rather than any underlying observations or themes. The story shifts back and forth through time as each crisis plays out in its own chapter. There is surprisingly little about Annan’s personal life. Hoffman’s narration is friendly and authoritative. His pronunciation is clear, and his pace is perfect. F.C. © AudioFile 2012, Portland, Maine [Published: DECEMBER 2012]