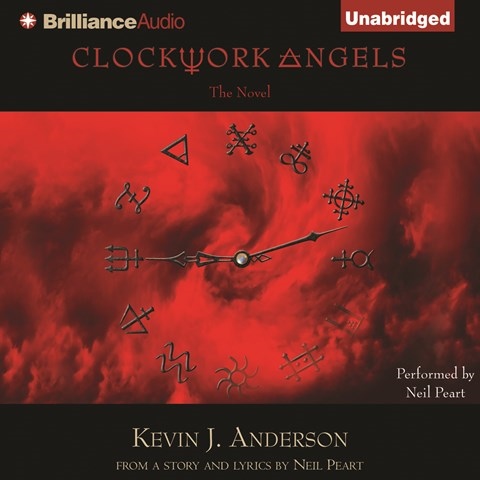 The Canadian rock band Rush has never shied away from pseudo-mythological trappings, and in this literary adaptation of their latest album sci-fi author Kevin J. Anderson further pushes the envelope. The futuristic novel is centered in Albion, which is ruled by a benevolent Watchmaker, and features the questing protagonist Owen Hardy, who stumbles through a galaxy’s worth of weird science on his way to a philosophical conclusion. Anderson worked with Rush drummer and chief lyricist Neil Peart, whose austere reading is not the usual braying rock-star chest thumping but a very sober delivery that sounds more like an astrophysicist painstakingly laying out his latest postulate. This shouldn’t surprise fans of Rush, known as as a “thinking man’s band.” J.S.H. © AudioFile 2012, Portland, Maine [Published: SEPTEMBER 2012]