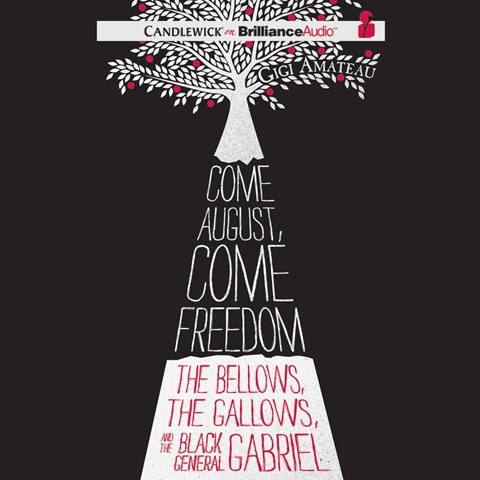 COME AUGUST, COME FREEDOM The Bellows, The Gallows, and The Black General Gabriel

During the summer of 1800, Gabriel, a blacksmith, a literate man, a loving husband, and a slave, planned a rebellion in Virginia. He organized more than one thousand slaves before being betrayed, captured, and hanged. JD Jackson’s warm baritone voice guides listeners through this harsh narrative. He differentiates between the story and the original historical documents scattered throughout the text by taking on a less animated, more professorial tone when reading the latter. Although his Southern accents tend to blend together, Jackson portrays brave, young slaves, arrogant owners, and whites who were sympathetic to the rebellion with great energy. His performance adds depth to a slender book, bringing a little-known historical event to life. G.D. © AudioFile 2012, Portland, Maine [Published: SEPTEMBER 2012]