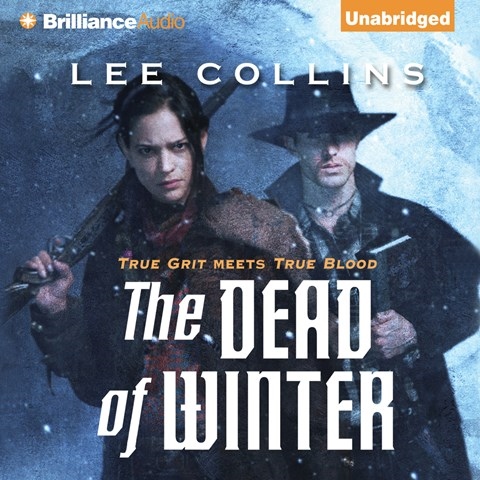 THE DEAD OF WINTER

Taking place in 1880s Leadville, Colorado, this cross-genre story features Cora Oglesby and her husband, Ben. They're a monster-hunting team that destroys nests of vampires, and now they're tracking a Native American "wendigo." Kaleo Griffith's low, steady voice adds realism and drama to this supernatural tale. He finds natural voices and even a passable British accent for the assortment of likable characters usual to the Western genre law officers, prostitutes, and miners. Griffith also offers impeccable timing in his intense yet understated performance. His voice resonates with Cora's tension and superbly reflects her strength and determination. S.C.A. © AudioFile 2012, Portland, Maine [Published: DECEMBER 2012]