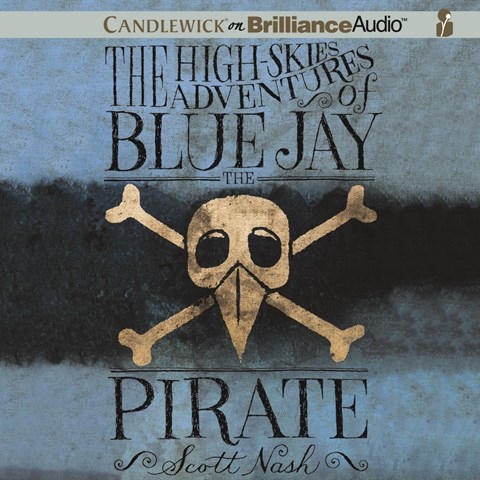 THE HIGH-SKIES ADVENTURES OF BLUE JAY THE PIRATE

Blue Jay the Pirate has a beak for treasure and finds it upon taking aboard a rare goose egg. When it cracks open, the high-skies adventures begin. Dan John Miller is no greenhorn to narration. Setting a fast but comprehensible pace from the start, he invites the listener to join the crew as they hatch a plot to save themselves, their ship, and a village of sparrows from a murder of crows. Miller enhances the enjoyment of this imaginative tale with his large flock of accents, which distinguish robin from rook, banta goose from bluebird, star-nosed mole from snapping turtle. While it’s regrettable that Nash's illustrations are lost, Miller's theatrical treatment of this story makes for jolly good fun. M.M.O. © AudioFile 2012, Portland, Maine [Published: OCTOBER 2012]