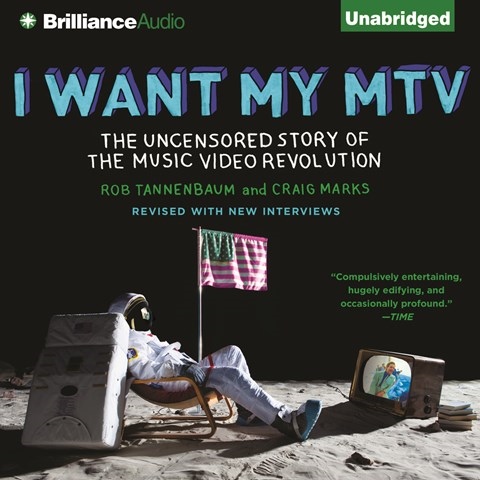 Longtime rock critics Craig Marks and Rob Tannenbaum dissect the network that launched the music video phenomenon. Rather than a straight history, this whimsical book is more like a trip back to the 1980s. As such, it captures much of the enthusiasm—lost in recent years—that surrounded the upstart medium as it revolutionized both the music and TV industries. With his playful, rubbery voice, Luke Daniels makes a great case for this sort of lovably ironic nostalgia, drawing the listener in with his strong tone and clear enunciation. Coming from a rock background—as opposed to a television one—the authors capture the aplomb of the video explosion with scandalous details the average viewer or listener may have missed. J.S.H. © AudioFile 2012, Portland, Maine [Published: DECEMBER 2012]