Home»Reviews»THE LAST NIGHT AT THE RITZ 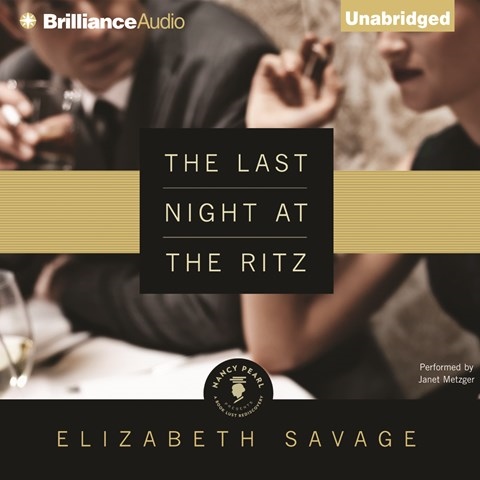 THE LAST NIGHT AT THE RITZ

Originally published in 1973 and resurrected as one of Nancy Pearl’s “Book Lust Rediscoveries,” Elizabeth Savage’s tale of friendship and love is lifeless. The characters, shallow and pretentious, are not people one cares to spend time with. The unnamed narrator invites three friends to meet her at the Ritz for a birthday luncheon; best friends Gay and Len, who are a married couple, and a former beau named Wes make up the party. Liquor flows as day fades into evening. Janet Metzger, voicing the unnamed narrator, characterizes a straightforward observer, far removed from the action of her own life. Everything is related in the same bored voice as she carries on an interior conversation with herself, weaving past and present into a flat, lifeless tapestry. N.E.M. © AudioFile 2012, Portland, Maine [Published: DECEMBER 2012]