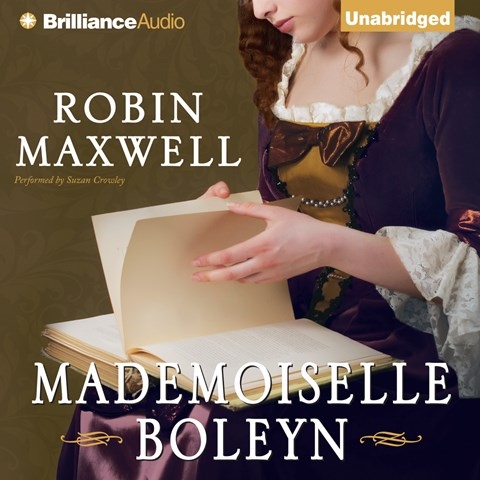 Anne Boleyn spent her formative years in France as part of Queen Claude's household. It was there she learned about Protestantism, the worth of her virginity, and the harsh realities of what it meant to be a woman in the early 1500s. Narrator Suzan Crowley's expressive reading creates an engaging personality for young Anne that flawlessly reflects author Maxwell's well-researched text. Listeners are quickly drawn to this sympathetic look at Anne's childhood, especially as Crowley modifies her inflections to fit the maturing girl. From Anne's wonder and discoveries during her early days in France to the crucial turning point when she realizes she's just another of her father's puppets, Crowley's performance captivates listeners, connecting them to this fascinating period in the future queen's life. C.B.L. Winner of AudioFile Earphones Award © AudioFile 2013, Portland, Maine [Published: JANUARY 2013]