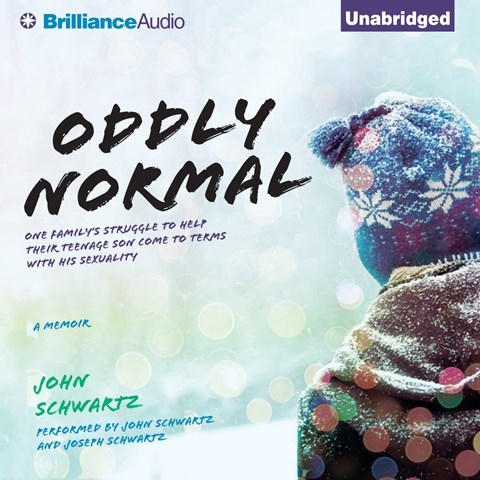 Schwartz begins his book with the attempted suicide of his 13-year-old son, Joseph. He then tells how, when Joseph was 3, he and his wife had determined that he might be gay and, through the filter of that belief, how they tried to deal with Joseph’s learning and behavioral issues in school. Alternating chapters report more generally on topics related to gay children, gay rights, and other issues. Schwartz tells his family’s story with some detachment, using an offhand tone touched with dry humor. Overall, the book combines intimate details of Joseph’s early years, accounts of his parents’ advocacy for him at school, and observations about cultural developments related to gay rights. J.E.M. © AudioFile 2012, Portland, Maine [Published: DECEMBER 2012]