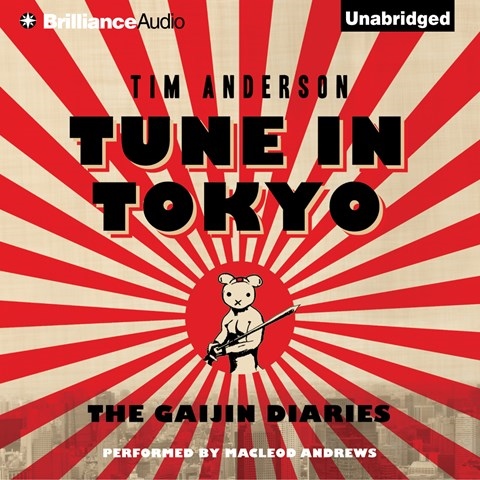 TUNE IN TOKYO The Gaijin Diaries

Tim Anderson’s life in North Carolina consists of working several dead-end jobs, hanging out with his boyfriend, smoking pot, and generally going nowhere until he decides to break out of his rut and move to Japan to teach English. With this change, his life takes a major turn, which he describes in 16 humorous stories about the challenges and joys of teaching English and exploring Japanese culture, which is alternately thrilling and bewildering to this “gaijin,” or outsider. MacLeod Andrews’s narration captures Tim’s irreverent, energetic spirit as he navigates the classroom and the streets of Japan. Andrews is adept at providing lively, passable accents for Tim’s fellow teachers, who hail from a variety of other English-speaking countries, as well as for the Japanese people Tim encounters and befriends. S.E.G. © AudioFile 2012, Portland, Maine [Published: DECEMBER 2012]