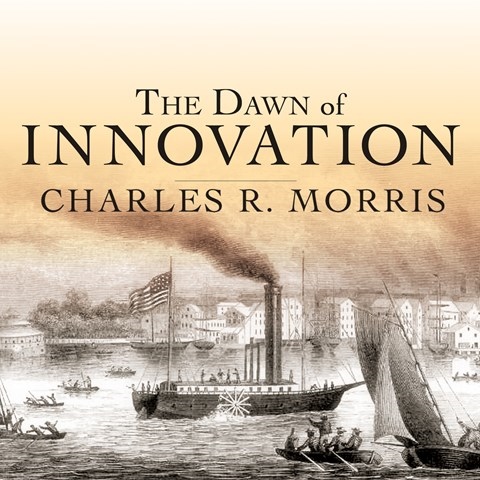 THE DAWN OF INNOVATION The First American Industrial Revolution

The story of the relatively unknown rise of American industry that began during the War of 1812 is ably read by David Colacci in this surprisingly intriguing work. While the Industrial Revolution may have begun in Britain, her former colonies in North America refined and expanded on British practices. Morrison describes how the naval arms war on the Great Lakes between the U.S. and Great Britain spurred the industrialization of New England and spilled over into Pennsylvania and the Midwest such that by the 1820s the U.S. was “the most intensely commercialized society in history.” Colacci has a winsome, resonant voice that easily moves through this work. He even makes the technical passages interesting. M.T.F. © AudioFile 2013, Portland, Maine [Published: JANUARY 2013]