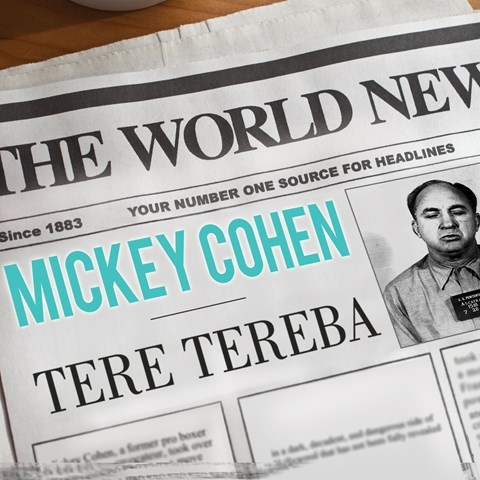 MICKEY COHEN The Life and Crimes of L.A.'s Notorious Mobster

Tere Tereba goes beyond the headlines of a notorious Jewish gangster of Hollywood's early days who managed a million-dollar crime empire despite the fact that he was illiterate and baffled by even rudimentary arithmetic. It’s a chilling story about a criminal kingpin who terrorized a city. Shirley Temple, Frank Sinatra, and Lana Turner interact with the ruthless killer in 1940-50s Hollywood. Kate Reading delivers the story with the unwavering ear of a television reporter. Reading is so good that listeners won’t notice that a woman is playing the roles of hardened gangsters who would as easily kill a man as talk to him. M.S. © AudioFile 2012, Portland, Maine [Published: NOVEMBER 2012]