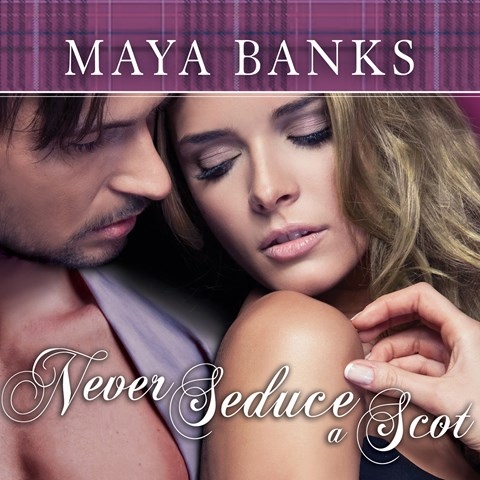 Kirsten Potter’s nuanced performance emphasizes the wit of Banks’s novel, along with its passion. An arranged marriage forces Laird Graeme Montgomery into an uneasy truce with his clan’s bitter enemies and brings him face-to-face with the enigmatic Eveline Armstrong, whose behavior leaves many to believe her wits to be afflicted. However, as Graeme learns more about his wife and the secret she has hidden from her entire family, he begins to realize that true love can conquer even the fiercest of feuds. Potter handles the diverse cast of characters well, and though her Scots brogue sounds shaky on rare occasion, it isn’t enough to overshadow her superb narration or the charm of her characterizations. B.E.K. 2013 Audies Finalist © AudioFile 2013, Portland, Maine [Published: APRIL 2013]