Home»Reviews»A DOOR IN THE RIVER 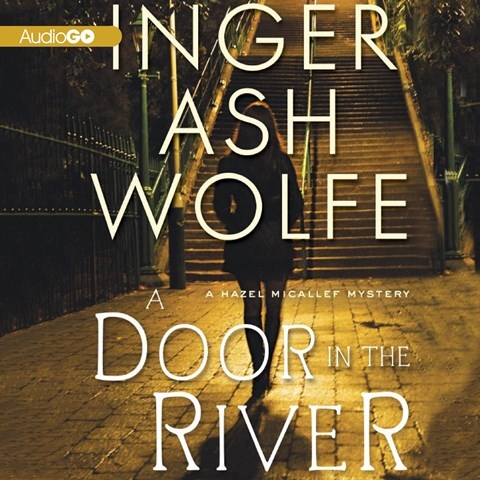 A DOOR IN THE RIVER

This is the third in Wolfe’s (pen name of Russell Smith) Hazel Micallef series. Narrator Bernadette Dunne again delivers a sharp portrait of the Port Dundas, Ontario, police detective who, this time, is struggling with an aging mother, departmental transitions, and the suspicious death of an old friend. Hazel’s suspicions lead her into a situation of white slavery, and Dunne deftly balances the personality of the young murderer/victim on the run and the nature of the formidable detective in hot pursuit. Since the victim was found dead on tribal land, her investigation pulls in a medley of characters from the tribal police whom Dunne smoothly, lightly distinguishes. Especially terrific is the gradually hardening voice of one surprising female villain. Crisp, tense storytelling ends with an odd reflective final chapter, which Dunne handles capably but is still disconcerting. D.P.D. © AudioFile 2012, Portland, Maine [Published: OCTOBER 2012]