Home»Reviews»WITH EVERY DROP OF BLOOD 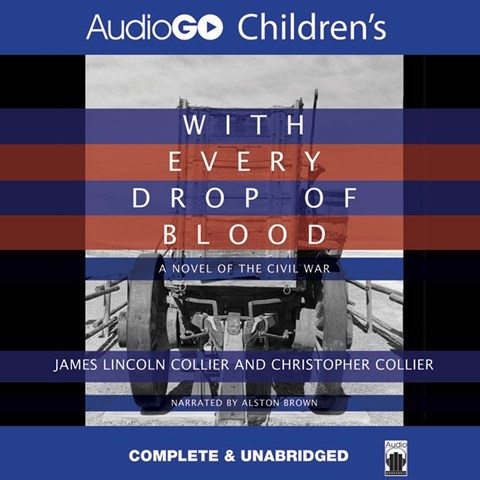 WITH EVERY DROP OF BLOOD A novel of the Civil War

As Johnny's father lies dying from injuries he suffered at the hands of the North, he makes Johnny promise that he won’t join the war effort. Narrator Alston Brown becomes Johnny in this poignant first-person account of the Civil War from a Southern perspective. He also excels at creating Yankee and African-American accents as well as the speech patterns of the day. When Johnny does join the Rebels, he's captured by a black Northern soldier, and their relationship takes a surprising turn. The dramatic descriptions of the battlefields and casualties put listeners right there. Both sides are accurately presented by careful research and a thoughtful presentation. At the end, the authors explain that, though the material is jarring, they've used appropriate terms. They also highlight what's true and what's conjecture. S.G.B. © AudioFile 2013, Portland, Maine [Published: JANUARY 2013]