Home»Reviews»THE HISTORY OF THE PELOPONNESIAN WAR 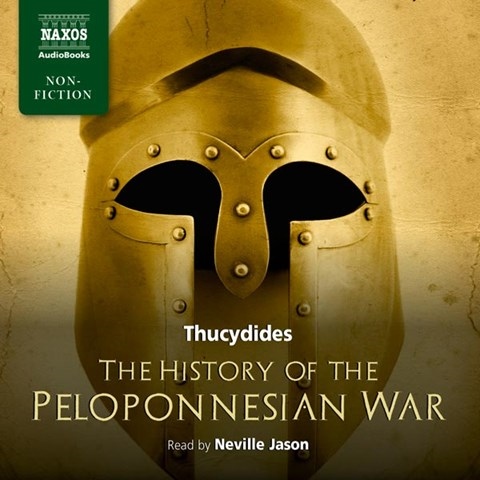 THE HISTORY OF THE PELOPONNESIAN WAR

by Thucydides | Read by Neville Jason

Generations of schoolboys haven't been wrong. Thucydides is a terrible bore. This abridgment is composed largely of speeches in public assemblies, delivered in a highly formal rhetorical style. And though delivered masterfully by Neville Jason, the voices inevitably sound the same, and the issues seem abstract. At times, the great historian steps forth and speaks on his own--describing the plague in Thebes or the corruption of language as the war dragged on--and there Jason is sublime. This is a fine production, the narration is excellent, and the cover art is especially striking. But some authors resist audio adaptation, even in abridgment. D.A.W. © AudioFile 2013, Portland, Maine [Published: MARCH 2013]