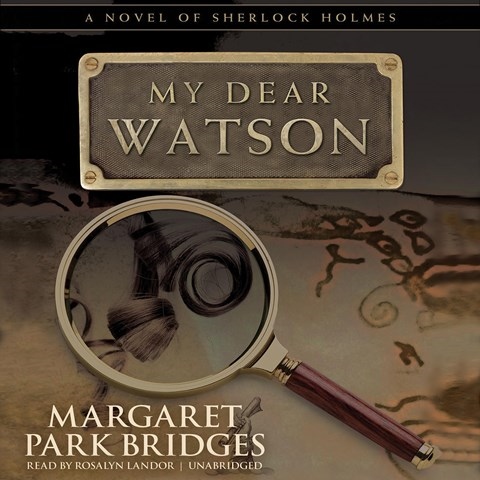 After a murder takes place, young Lucy disguises herself as Sherlock Holmes, master detective, to solve the case. When Constance Moriarty, the actress daughter of Holmes's nemesis, sets her sights on marrying Dr. Watson, Holmes's identity could be revealed. Rosalyn Landor’s resonant British voice sounds believable as both the masculine and the feminine Holmes. It's perfect for the story, as told by the real Holmes in his memoir. Landor's passionate, willful voice for the duplicitous Constance also stands out. Bridges's tweak of the Holmes canon has no surprises; the revelation of Holmes's secret comes early. Still, it works as both an adventure and a commentary on Victorian sexism. J.A.S. © AudioFile 2012, Portland, Maine [Published: NOVEMBER 2012]