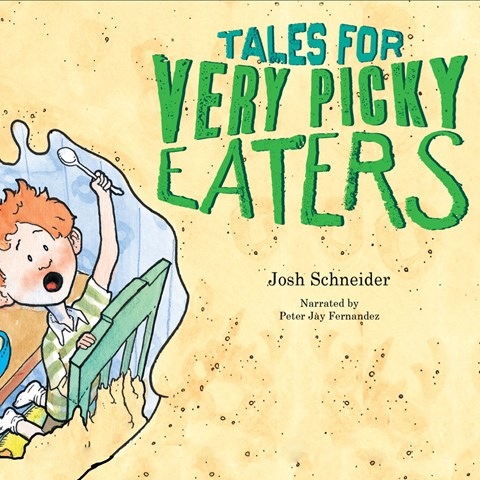 Chapter by chapter, James and his dad engage in discussions about various meals, none of which James cares to eat—broccoli, eggs, oatmeal, milk, and lasagna. By the time Dad has proposed alternatives—smelly socks or dirt, for example, or explained the outcome of not eating the food, soft bones, for example—James is ready to change his mind. Peter Jay Fernandez’s tongue-in-cheek narration is spot-on, and listeners cannot help but appreciate the humor in the repartee between father and son. Fernandez narrates steadily through absurdities such as the lasagna cook who is a troll. James’s indignant protests, which are lost on his father, are always voiced deadpan. This 2012 winner of the Theodor Geisel Award is a gem. A.R. Winner of AudioFile Earphones Award © AudioFile 2012, Portland, Maine [Published: DECEMBER 2012]