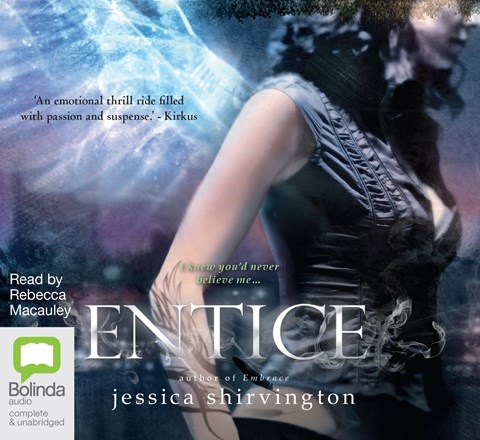 This second installment in the Violet Eden series is fascinating, emotional, and utterly addictive, thanks to Rebecca Macauley’s sympathetic and expertly nuanced performance. Violet has accepted her identity as a Grigori—a part-angel, part-human warrior who is defending humanity from exiled angels. But she hasn’t yet come to terms with a shattering betrayal at the hands of one of her mortal enemies—or her developing, and forbidden, relationship with her partner, Lincoln. And now that the Grigori are in a desperate race to secure the fate of the world, Violet might never get the chance to figure it all out. Macauley’s accents and characterizations are flawless, and her ability to convey the bravery, determination, and desire of this remarkable heroine will leave listeners eager for more. B.E.K. Winner of AudioFile Earphones Award © AudioFile 2013, Portland, Maine [Published: JUNE 2013]