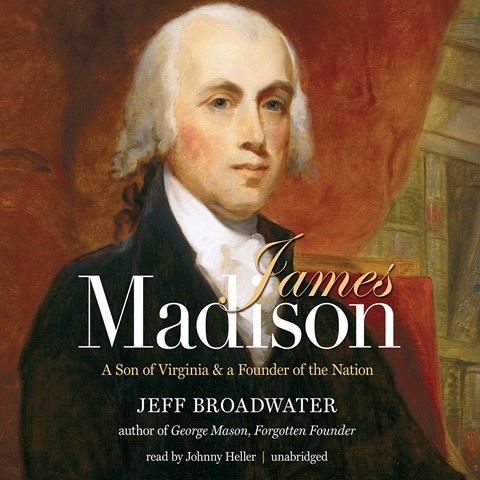 With 2012's fiscal cliff fresh in listeners' memories, many of the issues that President James Madison debated could seem current. As a leader and thinker in a new republic, he considered the impact of a national debt, checks and balances in the Constitution, and various forms of balloting. Johnny Heller’s straightforward narration gives listeners the opportunity to focus on Madison’s ideas. Broadwater doesn't stay away from Madison's weaknesses, particularly his contradictions in dealing with the issue of slavery. He presents a portrait of a president whose "constitutional thought" still merits a listen from anyone interested in our nation's government. J.A.S. © AudioFile 2013, Portland, Maine [Published: FEBRUARY 2013]