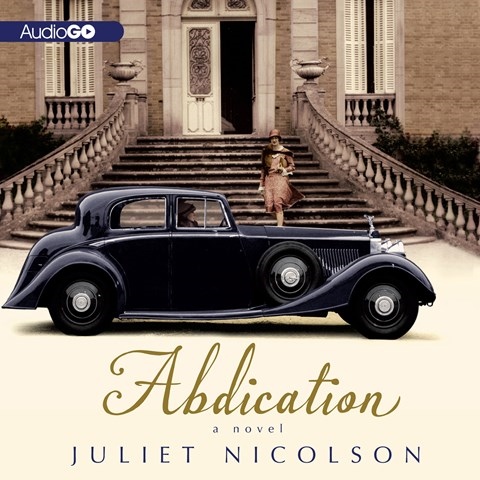 This novel uses as its backdrop events in Great Britain in 1936—from the death of George V and the ascension of his son Edward VIII through Edward’s abdication in December of that year to marry the American widow Wallis Simpson. The author has created characters caught up in the royal drama, and the story includes palace intrigue, secret loves, and a dash of social commentary. Narrator Carole Boyd has exactly the kind of voice this book deserves. She is British to the core—elegant, graceful, and proper—and she demands, and earns, our attention. Boyd pronounces every syllable with aplomb and also does a variety of accents, including those of the upper class and working class, and an extremely credible American voice. (After all, she does need to introduce us to Mrs. Simpson.) R.I.G. © AudioFile 2012, Portland, Maine [Published: SEPTEMBER 2012]