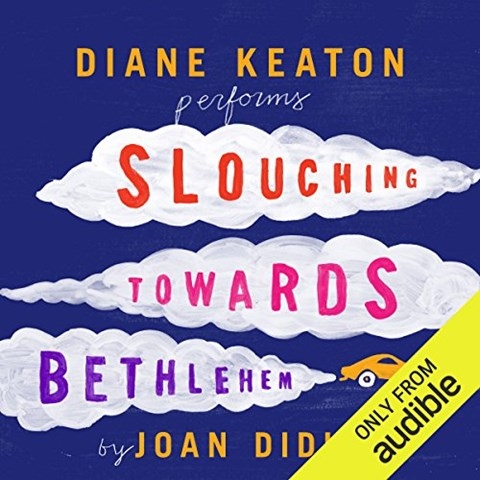 This new audio version of Didion’s iconic 1968 collection of essays and short magazine pieces captures a moment in the history of the U.S., particularly in California. Didion chronicles the promise and pitfalls of the 1960s and the memories that gave them meaning. Diane Keaton does an outstanding job of conveying an era and a place. Her narration is clear, well timed, and wonderfully consistent with the author’s voice. Her ability to convey Didion’s musings and gentle skepticism adds much. Didion’s style remains extraordinary. Her contemporary observations have taken on a historical dimension with the passage of almost a half-century. Even if you read the essays when they first came out, you’ll be surprised. F.C. 2013 Audies Finalist © AudioFile 2013, Portland, Maine [Published: FEBRUARY 2013]